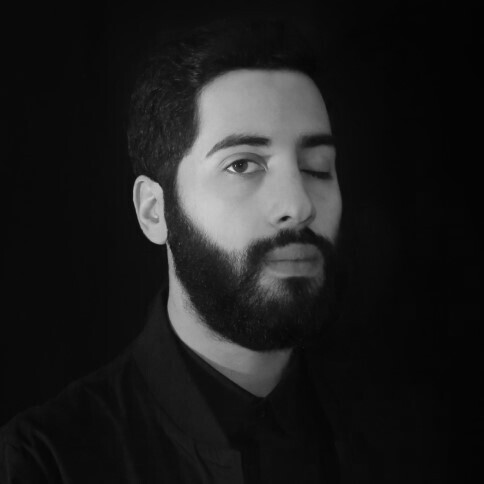 The Ingeborg Bachman Scholarship Prize, established by Anselm Kiefer, is awarded this year to Karam Natour (born 1992), a multimedia artist who employs drawing, digital printing, video and installations. Natour’s performative works involve the creation of knowledge sets emerging from the tension between mental states, the structuring of representative languages, and physical actions. Natour’s works expose common worldviews and perceptions as weak structures that depend on the subject that establishes them and on the relationship between the artist and his communities. Our knowledge of the reality and our participation in building these knowledge structures respond to two different paradigms that Natour offers inconsistently. In the first and objective one, we respond to the semiotic and scientific representations. In the second and subjective one, our actions and experiences create realities in an unmediated fashion. Natour exposes the phony nature of self-perception which assumes consistency between linguistic instructions and linguistic performance, between conscious and our perception of conscious, between being rational while being prone to prejudice, mistakes, and humor, and between malleable, frequently changing ethical, aesthetic, and political infrastructure that serves as the growth bed of complex identities.

These tactics make an ontological distinction between two modes of existence. The first modus depends on subjective experiences such as laughter, pain, and embarrassment, as can be seen in Nothing Personal (2017) and heat in My Head (2018). The other depends on pointing at worldly phenomena such as the sun, earth and moon in Repeat after Me (2018). This work sheds light on the evasive and invalidated nature of the spoken and written language and its different meanings in a cultural context that moves between Arabic, Hebrew, and English. Natour dictates semiotic phrases and Rule-Following Statements (a term coined by Ludwig Wittgenstein) as well as physical actions and speech ac performances. The first genre is exposed under the apriori rule, which disciplines the rendering of meaning. The second genre lacks apriori knowledge. Hence, its movement and meaning endow structure to the singular meaning order of each performance. Natour employs these performances to derive cartographies of fantastic knowledge, which fabricates cosmologies invented by the artist who creates a new world, as shown in genesis, a digital print of 2018, Sun, Saturn, Venus and Water (2020).

The Wolf Foundation awards the 2020 Art Kiefer Prize to Karam Natour, for expanding the performative practice, from establishing a subject that responds to the efficacy of pre-organized knowledge orders, to the establishment of personal, fictional space and time zones. Natour’s works face us with the question of how it is possible to move between objective epistemic arguments about specific knowledge fields and their subjective human rendering. This question endows art an ethical role of exposing the knowledge mechanisms and the spectators’ responsibility for creating a worldview.

Winner of Kiefer Scholarship in Painting / Sculpture – 2007
a graduate of the Beit Berl College – School of Art, Kfar Saba.

Born in 1965, Israel, graduate of the Art Seminary, Ramat Hasharon.

Born in 1969, Israel, graduate of the Art Seminary, Ramat Hasharon.

Born in 1985, Israel, graduated with a BFA in Art from Bezalel Academy of Arts and Design, Jerusalem, and an MFA in sculpture from The School of the Art Institute of Chicago.

Born in 1980, graduated from Bezalel Academy of Arts and Design, Jerusalem.

Winner of Kiefer Scholarship in Painting / Sculpture – 2009
a graduate of the Bezalel Academy and Tel Aviv School of Art.

Winner of Kiefer Scholarship in Painting / Sculpture – 2005
a graduate of the Bezalel Academy of Art & Design, Jerusalem.